Stations in an Artist’s Life 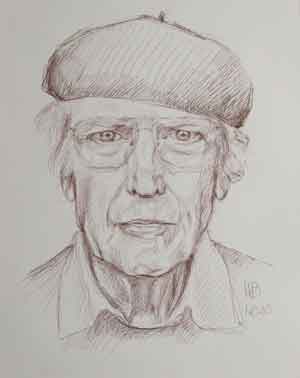 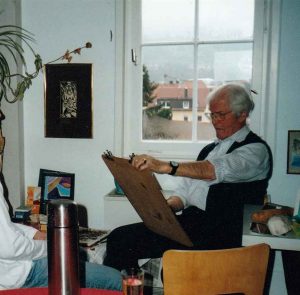 When I was born in Mexico City in the second decade of the last century, I did not know how interesting my life would be. Today, after more than ninety years, I am grateful for the innumerable preservations and additions: I arrived in Germany to the boarding school of the Urspringschule, from there to the military, in captivity and back to Stuttgart, where I learned the profession of carpenter and manufacturer of tools.

In 1946 I started attending Walter Wörn’s drawing classes at the Technical University of Stuttgart and continued at the Freien Kunstschule Stuttgart and the adult education center.

In 1950, I moved to Mexico again. Most of the time I worked in my own plastic injection plant in Mexico City.

During all the years I attended evening classes at the Academies of La Mancha and Enrique Zapata in Mexico to complete my drawing skills. I had several exhibitions in Mexico.

After reaching retirement age in 1986, my wife and I returned to Germany. We settled in Reutlingen and I began to draw “full time”, including engraving, cutting wood and painting. In 1988 I participated in the Sommerakademie Salzburg – xylography – with Rudolf Schönwald.

So far I have had more than 33 exhibitions in Mexico and Germany. They enriched my life and they continued to inspire me to explore new techniques.

An excerpt from the exhibition places:

1988  Gallery in the Cloister-Church, Urspring